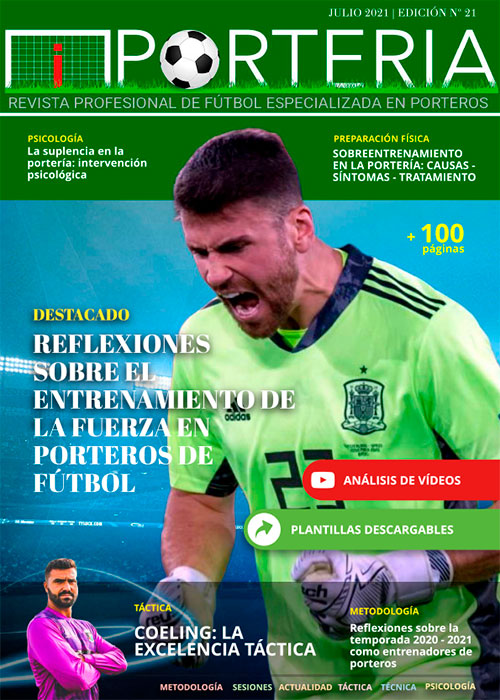 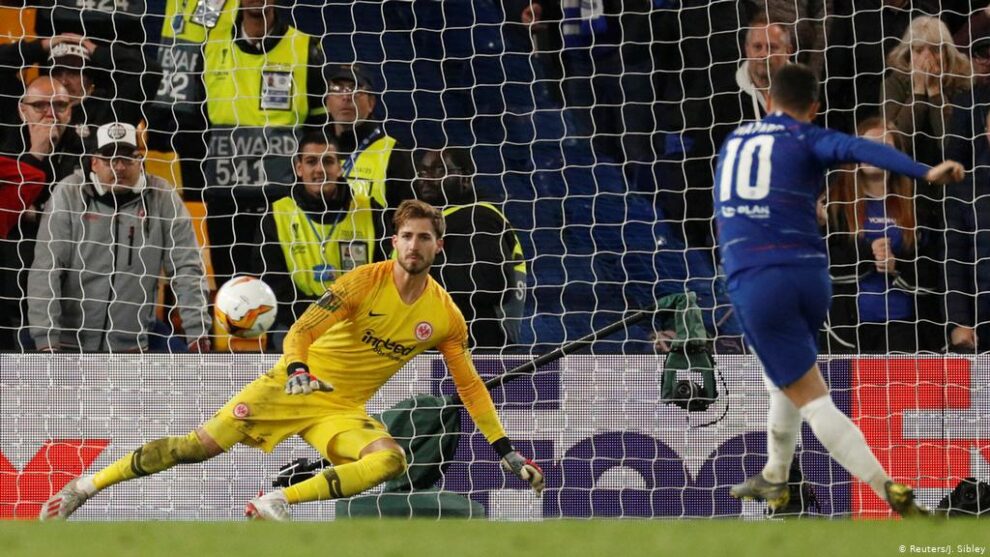 In the following article we debunk a false myth: The strength a goalkeeper is able to develop is not only a consequence of the ability of his muscles to generate tension. It also depends, almost as much, on the ability of his tendons to become rigid and store elastic-explosive energy. This concept is known as "stiffness".

Recent studies on Olympic athletes have led physical activity and sport professionals to conclude that strength, an extremely important capacity for performance and injury prevention, does not depend solely on the tension that muscles are capable of generating, but in turn depends on the synergy that exists between them and the capacity to become rigid and store elastic-explosive energy in the tendons. This concept is known as “Stiffness”. The relationship between muscle strength and stiffness must be understood as a chain of links: the chain will be as strong as its weakest link. If we have goalkeepers with a great capacity to generate muscular strength, but their tendons are weak, this strength will be largely lost, and we will not see their full potential translated into increased jumping and running performance. Similarly, if the opposite is true, if the tendons are strong but the muscles are weak, the jumping and running performance will still be poorer than expected.

From a scientific paradigm, stiffness refers to the deformation capacity of an object, or a tendon in the case of the human body, in relation to the amount of force acting on it. However, we should not confuse a rigid athlete with an inelastic athlete, because the point is that you can be both, as the rigidity with which we endow our tendons is voluntary because we are the ones who decide how much and when we make them rigid.

This voluntary ability is very important for athletes in general as it has been shown to improve maximal strength and generate a higher rate of force production. This is because when a tendon becomes stiff, the force generated by the muscle is transferred more quickly to the bone, allowing the joint to move faster.

But how does this ability affect the goalkeeper’s performance, and does stiffness really play an important role in position-specific actions?

As we said, it has been shown that the most successful athletes show better stiffness values, especially when in contact with the ground when running and jumping. Moreover, the difference between these values is especially evident when comparing the ankle joint, which is considered the most important in the performance of these actions. It follows that this is an essential quality in all those sports that involve running, jumping, changes of direction, striking, etc. Just everything that the goalkeeper does.

If we focus our attention on the technical execution of some of the specific goalkeeping gestures such as the whip, we will understand why this ability can be so decisive. As we can see in the image, after the classic step to beat, the last area of the body that remains in contact with the ground is the tip of the foot, whose movement depends to a large extent on the ankle joint. 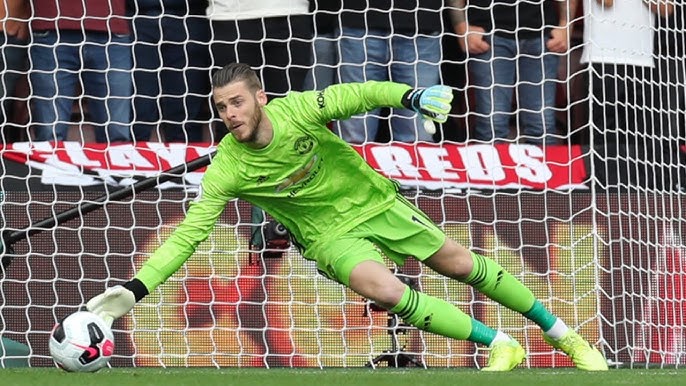 If this ankle is surrounded by tendons capable of becoming rigid at the goalkeeper‘s will, the strikes will be much more powerful and farther away because the transfer of force between the muscles and the joint will be rapid. In the same way, this circumstance occurs in many other actions such as, for example, the take-off phase of the foot in a jump, or the different supports that occur in a sprint performed by the goalkeeper.

In all these actions the goalkeeper’s ability to beat, jump or run will depend a large extent on what we have been talking about. Undoubtedly, goalkeepers who get to more angled balls, block higher aerial play, or come out quicker to intercept a ball or one-on-one, are endowed with a greater ability to generate stiffness in their tendons.

Is classic strength training with weights the most effective way to improve the stiffness of our tendons? If not, do we know how to influence this capacity through training?

It is clear that, although very positive, classic strength training with weightlifting is not the most effective way to improve our tendons. To do this, goalkeepers need to perform explosive exercises such as plyometrics. Plyometrics is nothing more than generating constant stretching/shortening work which will cause the tendons to continuously enter a stiffening-relaxation phase. Any explosive exercise that involves a sequence of jumps, multi-jumps, displacements, coordinative sequences, etc., is appropriate.

Even so, there are materials and resources to encourage this rigidity-relaxation process. For example, an idea that may be valid is to use a wedge to perform unilateral multi-jumps on it, as the goalkeeper‘s work in jumps and swings is normally done with one leg. The wedge, on the other hand, gives us a greater range of travel in dorsiflexion of the ankle, leading the goalkeeper to have to generate greater “stiffness” in the Achilles tendon so that the heel does not sag.

In conclusion, as we have seen throughout the article, influencing the ability to stiffen the tendons can be a determining factor in the performance of our goalkeepers. Therefore, in addition to the example given here, in future articles we will make a more complete proposal with more examples to get a firmer idea of how to design exercises that affect this ability. 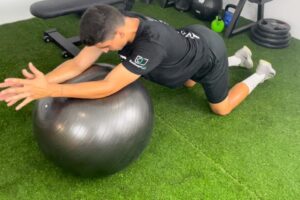 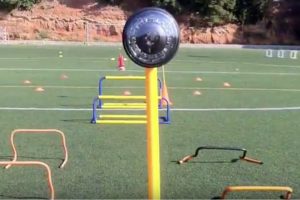 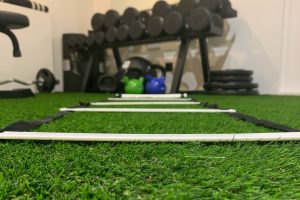 Thoughts about strength training for goalkeepers 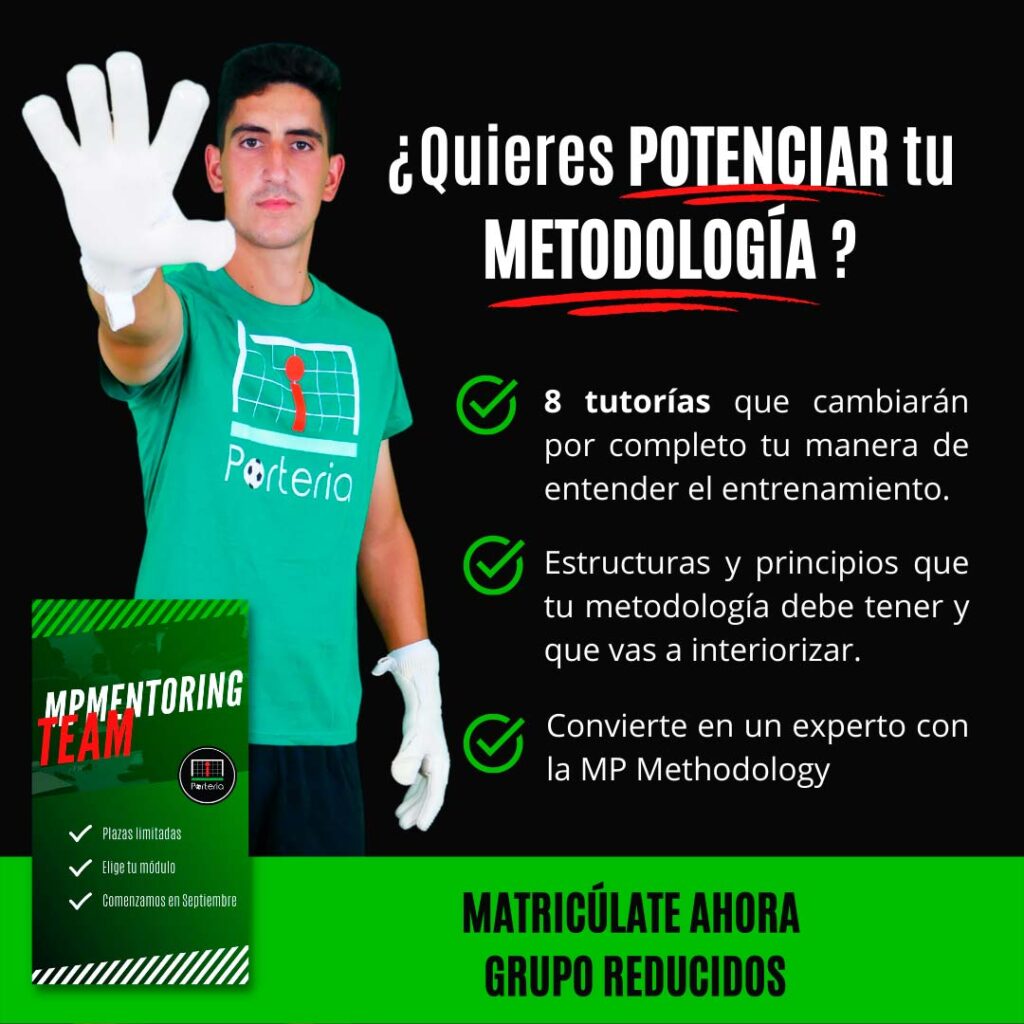